The fashion and style of the 1950s was a milestone in the fashion world, with many iconic trends and statements that we still cherish today. Although the clothing of the 1950s was very iconic in its own right, it was these accessories that gave these clothing a refined, traditional beauty that is still breathtaking today. Classic pearl strings, Hermès bags, fashionable headbands and cat-eye sunglasses; these are one of the many accessories that defined the traditional beauty era of the 1950s, showing the American dream. Most of these accessories are still popular today, which means you can still rock the 50s fashion while staying up to date. This is a guide to the accessories they wore in the 1950s and how to wear them now. 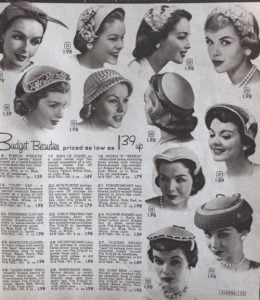 For young girls, it was advised not to wear hats until you passed the 20-year mark, but for those women that did wear hats, the accessory was small and dainty during the 50s. Shell-shaped hats were at the top of the list in terms of popularity, amongst Juliette caps, Bicorne-Bonnets, and Sailor-Coolie and more. 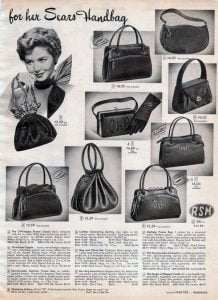 The Hermes travel bag, also known as the Kelly bag, was made popular by Grace Kelly in the 50s. The Chanel 2.55 was another famous handbag of the times, with its classic black quilted appearance matching almost every outfit. Gucci renamed one of their bags the Jackie bag after it being often favored by Jackie Kennedy. 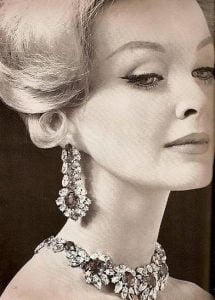 The jewelry of the 50s was nowhere close to minimal as women showcased their wealth with sparkling strings of pearls and breathtaking, gem-set statement necklaces. Glittering bracelets were worn over dark gloves at nighttime and brooches adorned the deep pockets of women’s coats. 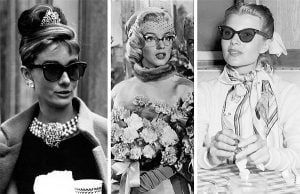 The sunglasses of the 50s were simply iconic. Cat-eye sunglasses made their debut with colorful plastic frames and gave a beautifully cunning look to the face. Other fun shapes like triangles, hearts, circles, and squares were also in trend. 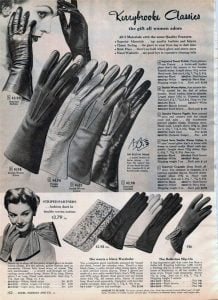 Gloves had been an essential fashion industry since the early 20th century and came in different forms each decade. The gloves of the 50s were ultra-feminine and formal; wrist-length and bright-colored during the day and longer, fancier during evening parties. Leather, suede, cotton, mesh, and nylon were some of the many materials used to make this beautifully important fashion accessory. 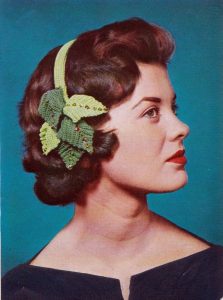 In the 50s, the hair accessories for women were bold and colorful. Headbands of all types, colors, and styles were worn by young girls while those that were more free-spirited tied colorful, polka-dotted bandanas around their head for a country-girl aesthetic. Older women simply placed a large, gem-set clip in their hair to make a statement.

The accessories women wore in the 1950s affected the fashion industry in such a way that they’re all still in trend right now and that means you can still add extra points to your outfits using these accessories.